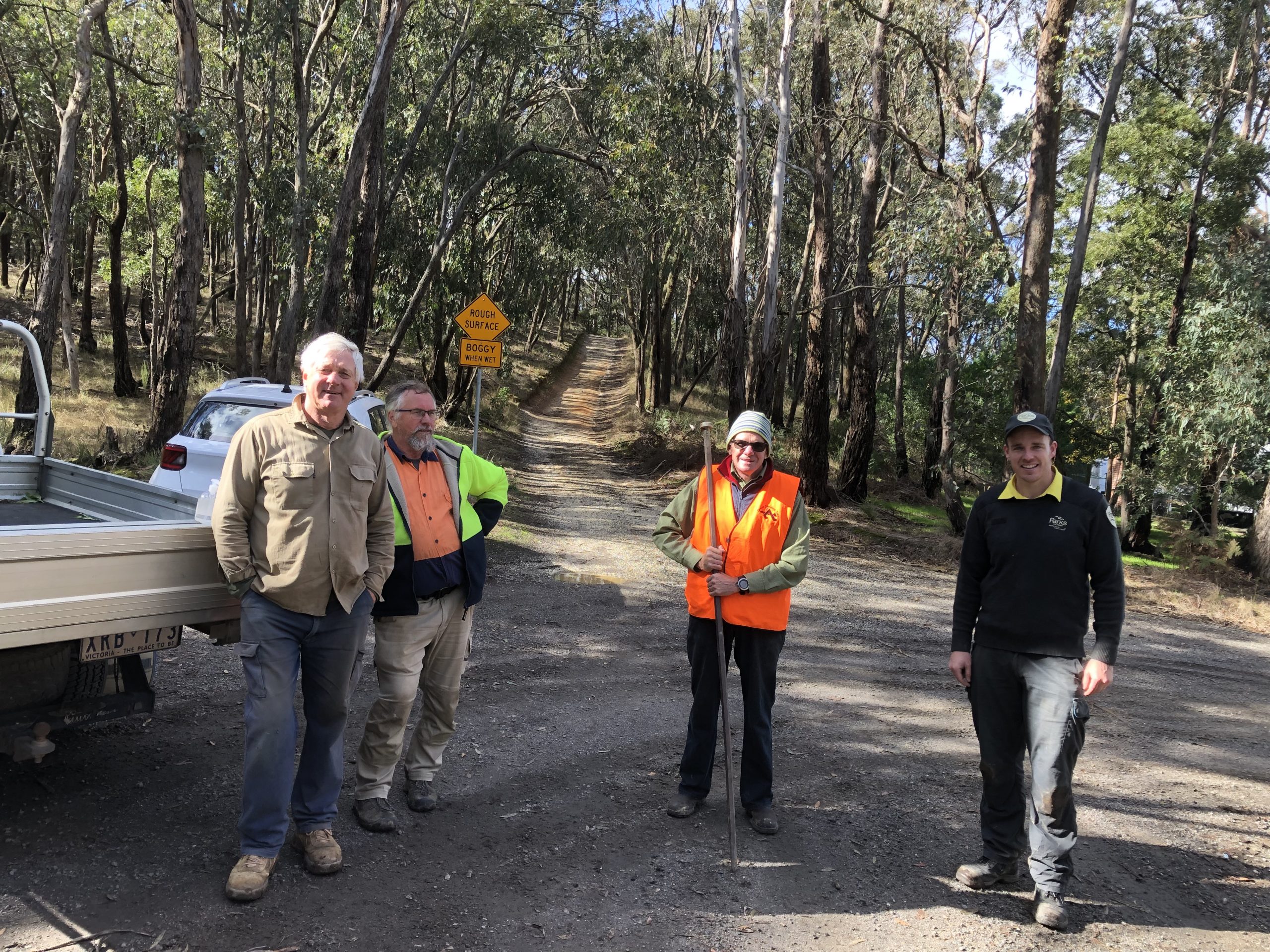 With the installation of seven guide posts, preparation for the re-routing of the Goldfields Track via Union Jack Education.Area and Woowookarung Regional Park is under way. It is just a small part of the future GT between Buninyong and Ballarat which we hope will be completed over the new few years.

The day started on a great note when Parks Victoria’s Tom Hardisty met us on site and produced all the ingredients for morning tea. He then led a team of 4 GDTA volunteers in placing the posts at track junctions. These posts had been purchased by Parks Victoria, before being painted and logo-attached by PV’s Anthony Handley.

Our first task was to clean out the post-holes which Tom had dug a few days earlier, but had been temporarily re-filled to remove any potential hazard to Union Jack visitors. The posts were placed at the specified depth, soil and rocks were compacted around them, and directional arrows were added.

Thanks to all those at PV Creswick who contributed to the project. Siobhan, Kyra, Alex, Anthony, Tom and anyone else we don’t know about.