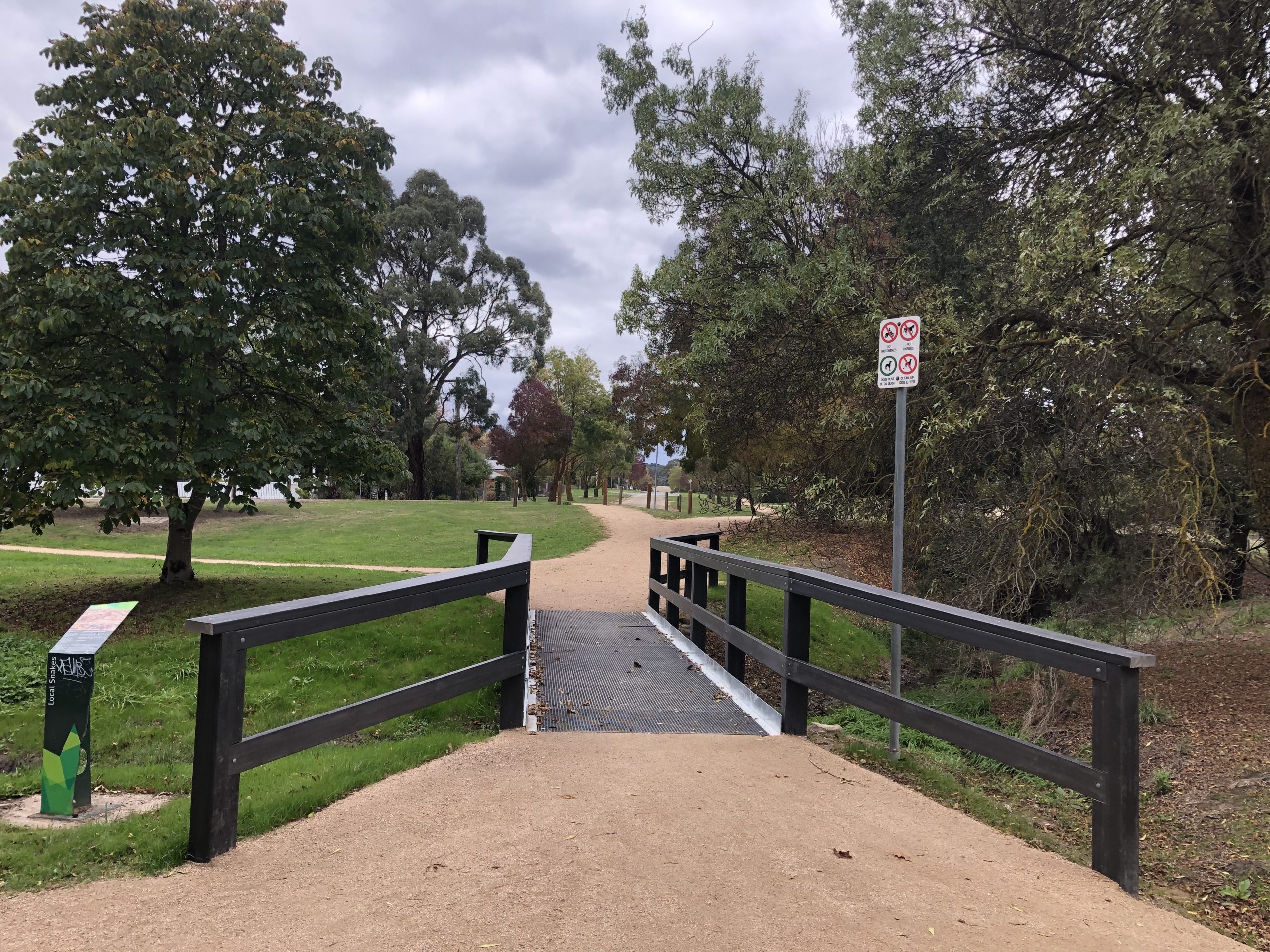 A group of Buninyong residents decided in 2019 to commemorate esteemed citizen and former GDTA committeeman and life member, the late Neil McCracken, by naming a walking track along Union Jack Creek, Buninyong, in his honour.

The route chosen is fittingly an 800 metre section of the Goldfields Track only a few hundred metres from Neil’s former residence.  A committee was set up to get the project off the ground, and I was invited to represent the interests of GDTA and Goldfields Track.

The COVID-19 pandemic put a hold on plans for more than a year, but a meeting on April 12, 2021 started the ball rolling with renewed pace and enthusiasm.  Landscape plans of the walk have been drawn, and various bodies approached for assistance.  Ballarat City Council will provide an estimated 1200 plants (trees, shrubs and grasses), mulch and tree guards , while Bendigo Community Bank has agreed to fund signage of the track. Various other bodies including local schools have offered their support.

The initial public activity on the track is a tree, shrub and grass-planting working bee on Sunday May 23 from 9am to 12noon, and because of Neil’s association with GDTA and the Goldfields Track, a special invitation is extended to GDTA members to take part.

You will need to bring gloves and sturdy footwear as well your own water and snacks.

Taking part in the planting will be a fitting way to honour Neil’s achievements for both the GDTA and the Buninyong community.

f you require any further information, please email me wtcasey@wtcasey.net