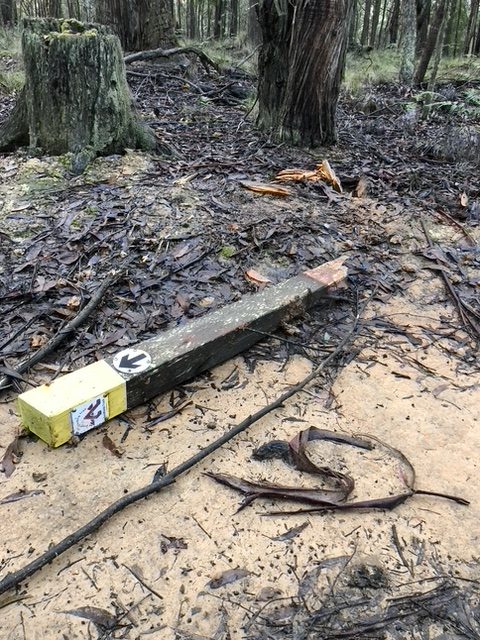 Wanton Destruction on Goldfields Track – 16 May 2020

Sadly we have to report that nine Goldfields Track (GT) guide posts have been destroyed on the Wallaby Track section of the GT south of Wombat Station. Eight of the posts are in the section between Mullen’s Dam and Wombat Station. Thanks to Jo for alerting us to this.

A GDTA patrol inspected the damage yesterday, and found that most of the posts were broken off at ground level, while others were pushed over without actually breaking. Because of the standard of the track along which this vandalism was done, it is suspected that a 4WD vehicle accessing Mullen’s Dam was involved.

Repair work will take many hours of volunteer labour, and the expense of replacement posts will have to be met by a non-profit organisation, namely the GDTA. It is depressing to think that someone has such lack of concern for others as to destroy these community assets.