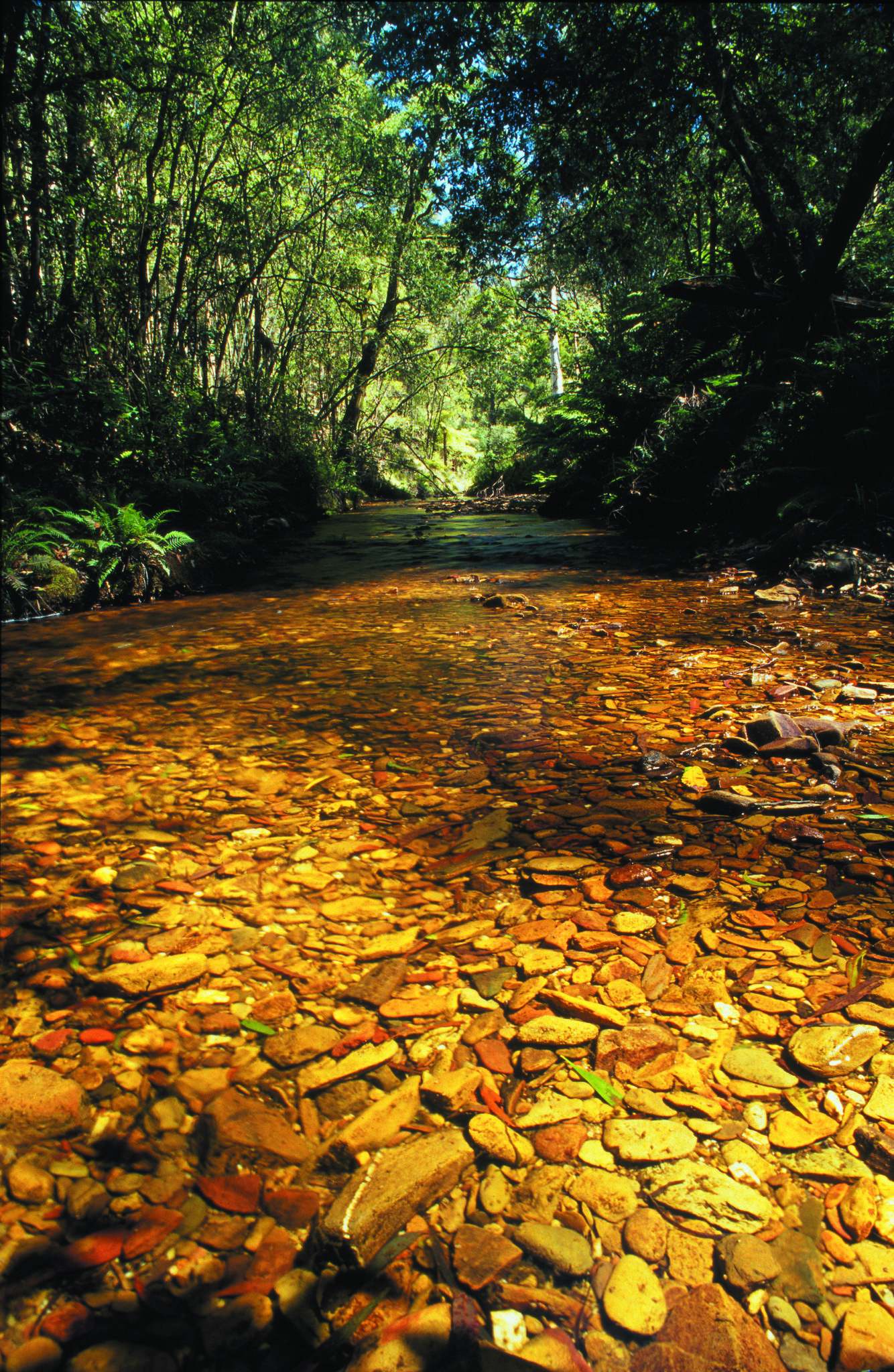 A shared use track for mountain bikers and walkers, it includes some of the wildest and most rugged landscapes close to Melbourne. A proclaimed Heritage River, the Lerderderg is considered significant for its striking transition in vegetation, its diverse range of birds, animals and native fish – but most of all – for its deep gorge containing a rich repository of geological features of international significance.

The Lerderderg Track is the south-eastern leg of the Great Dividing Trail Network, which also includes the 210km long Goldfields Track from Mt Buninyong to Bendigo.

The first one third of the track is through striking tall, open messmate and peppermint forest with wattle and hazel pomaderris understorey. Throughout its length, the Lerderderg flows through a steep, forested valley that becomes progressively tighter until winding – at its climax – through the sheer rock walls of a spectacular gorge.

As you travel south, you are following a declining rainfall gradient. A cool and damp fern-lined river gives way to tall messmate, peppermint and white gum trees, then to drier stringybark and box forest on the ridgetops, with ironbark on the plains of the south.

At the gorge mouth are rare examples of exposed rocks that were laid down 300 million years ago when Australia was part of the Gondwana supercontinent. From there, it’s a suburban walk or ride into Bacchus Marsh with the track ending at the railway station.

In the first section to Blackwood, most of the track is within the bounds of the Wombat State Forest, which is managed by the Department of Environment, Land Water and Property (DELWP) for timber production, recreation, tourism and nature conservation.

Starting at the Bridport Lookout, the Lerderderg Track is broken into seven Walks/Rides starting from the north and heading south – see panels on the left for the features and photo galleries of each of these.

A downloadable gpx file of the Lerderderg Track Walk is freely available by clicking here.

But while the downloadables are great, to ensure you are on track, and to fully experience the area, seriously consider purchasing a printed map or Guidebook. You can do research before you head off by purchasing a copy of the Goldfields Track Guidebook.

The Guide does more than just show you the way, it includes informative essays and information on the area’s flora, fauna, cultural and natural history to be discovered along the track. It is highly recommended for anyone exploring the Goldfields Track.

Click here to visit the GDTA’s online shop for the walker’s only individual maps.

Starting at the Bridport Lookout above Lake Daylesford, the Graves Mill Walk/Ride goes round the BP service station to join the up and down track through Cornish Hill. Into the old railway line cutting, across old wooden rail bridge to Jubilee Lake. Climb steadily on potted 4WD tracks through forest to the top of the Divide at 725m. There are two steep pitches. Graves Mill once was a sawmill settlement – now largely obliterated by the ravages of time and fire.

The Balt Camp Walk/Ride starts on the top at Leonards Hill Rd. Downhill on 4WD tracks to the Werribee River. From here, it’s a solid climb through mature regrowth messmate forest, with a final steep haul back to the top of the Divide at the ruins of the Balt Camp at 855m.

The Simmons Reef Walk/Ride contains some fine examples of rainforest gullies, but the deep ruts carved by 4WDs and trail motor bikes make it slow going. At the halfway mark, you emerge from the forest and take a road uphill to a lookout for a view across to Mt Wilson, then descend to Nolan Creek Picnic and Camping Ground.The final stretch from Nolans follows former water races, wending in and out between river and road. Two alternate bike routes are marked on the GDTA’s Lerderderg Track’s map to avoid steep drop offs.

The Byres Walk/Ride contours along a water race with vertical drop-offs to the river below. There’s a side trip to a miners tunnel cut through a river meander. The water race is not suitable for bikers and an alternative route is marked on the GDTA’s Lerderderg Track map.

The Whisky Creek Walk/Ride starts easily enough before becoming a rollercoaster ride on a rocky road. At Whisky Trk, the next section is closed to bikes by Parks Vic to stop the spread of cinnamon fungus (an alternate bike route is marked on the GDTA map). The precipitous descent into the narrow, usually dry Whisky Creek is the steepest on the track. Then a long uphill grind to the sealed road leading to the 736m high Mt Blackwood.

The Gorge View Walk/Ride starts steeply down grassy singletrack to a 4WD track at Lohs Lane. Near Long Point Trk, you reach the gorge clifftop and a viewpoint, then descend gradually on a scrabbly red scoria track. An alternate trailhead at the gorge mouth (McKenzies Flat) involves a sheer drop to the gorge floor and a 3km deviation via Link No. 1 Trk.

From Swans Rd car park, the Township Walk/Ride heads down a ridge with fine views to Bald Hill communications towers. The route to the Bacchus Marsh railway station has been obliterated by suburban expansion (signage to be upgraded 2019). In the meantime, find your way south into Ramsay Cres. At the T-junction, right into Halletts Way following the shared use track, over the top of the Western Freeway, down to the Werribee River. Acute left before the bridge and take the track on the N side of the river through to the reserve at Grant St. Cross to Maddingley Park and head diagonally across the park to the Bacchus Marsh railway station. The new route through Bacchus Marsh is depicted on the GDTA’s Lerderderg Track map.

What you can expect to see 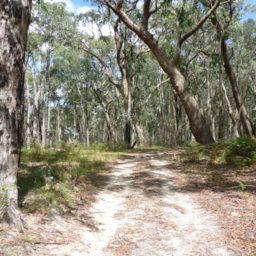 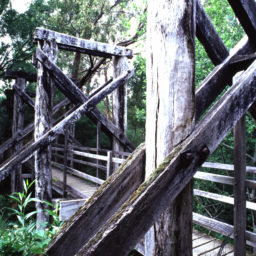 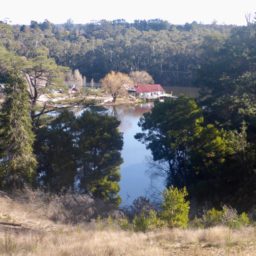 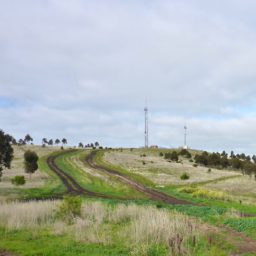 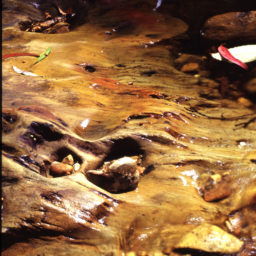 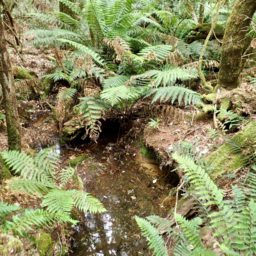 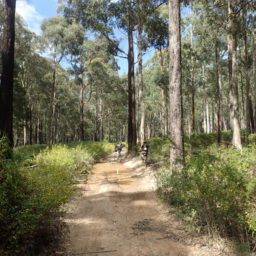 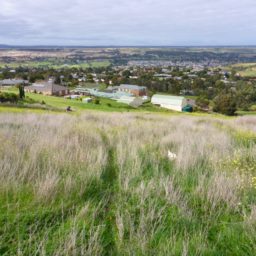