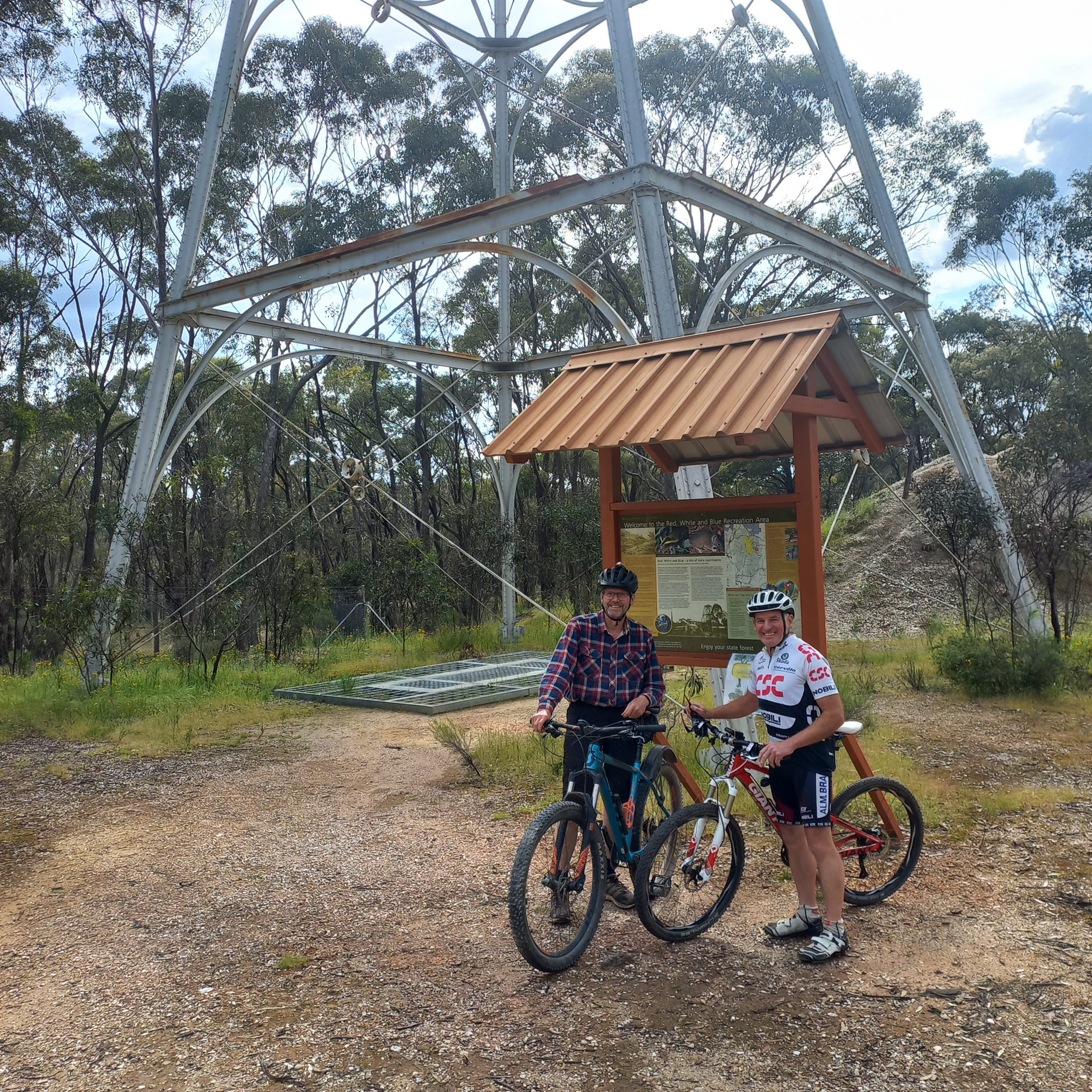 Ride leader Ben Lohse was joined by Arie and Andrew for a ride at Muckleford on Sunday 6th. They set off from the Red, White and Blue Mine on the Southern Loop, and were lucky to have good weather.

The recent wet weather resulted in a spectacular display of wild flowers. Ben admits to nearly causing a crash, coming to a sudden stop to admire an orchid on the side of the trail. Maybe a clever GDTA member can identify it. (see photo below)

Arie and Andrew had never ridden at Muckleford before and thoroughly enjoyed the single track trails that have been built by local riders.