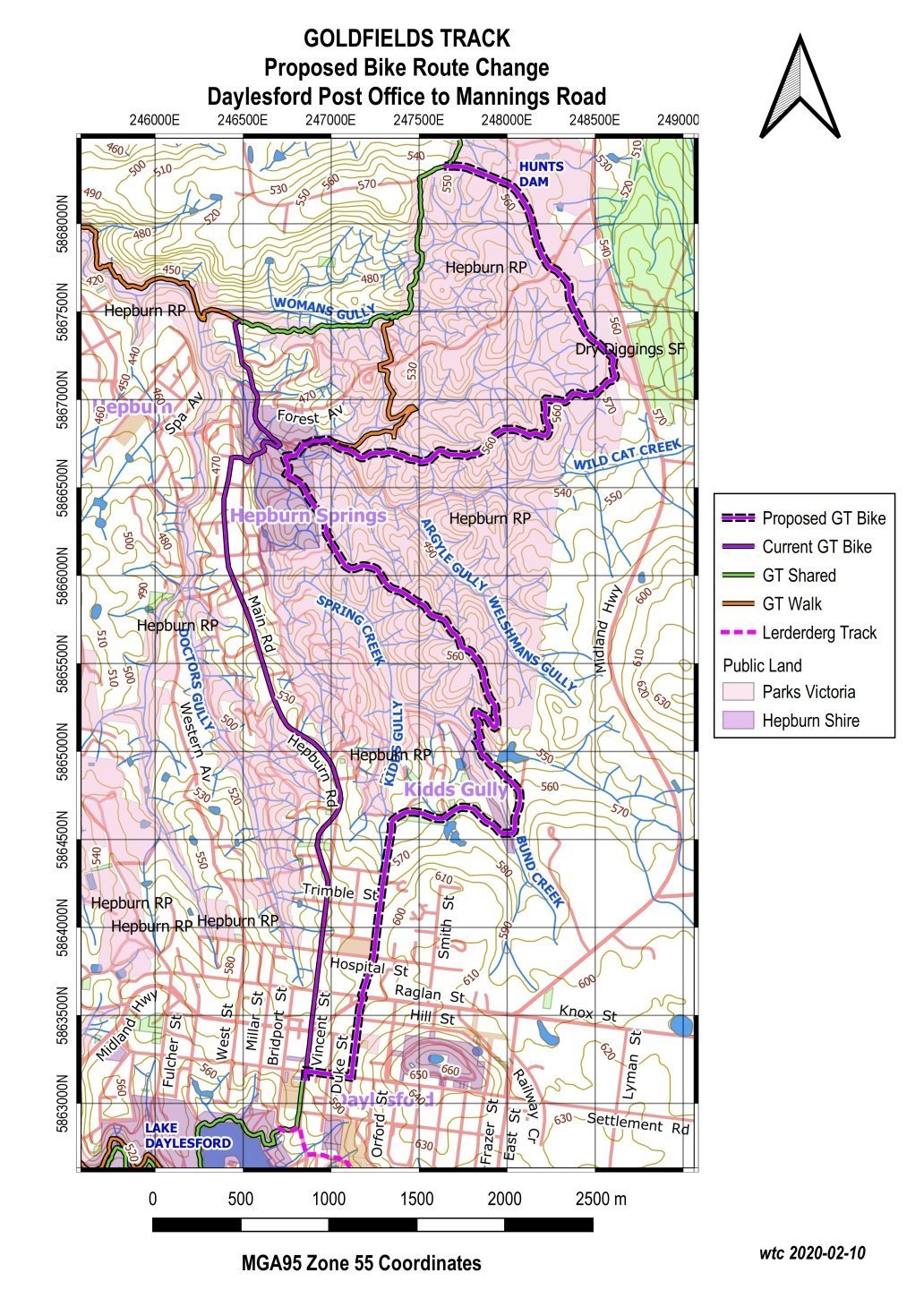 For some time the Goldfields Track route followed by mountain bikers between Daylesford and Hepburn Springs has been the subject of discussion.  As it stands, it is mainly on roads which are quite busy especially in holiday periods.  Some years ago an alternative route was investigated via Jamieson Street, Daylesford, Kidds Gully and Hepburn Reservoir, but owing to various factors nothing materialised at the time.
The proposal has now been revived, and the GDTA committee moved to support it at its January meeting.  The majority of the 9.7km route is in Hepburn Regional Park with a smaller part in Hepburn Mineral Springs Reserve, so it will now be put to Parks Victoria and Hepburn Shire for endorsement.