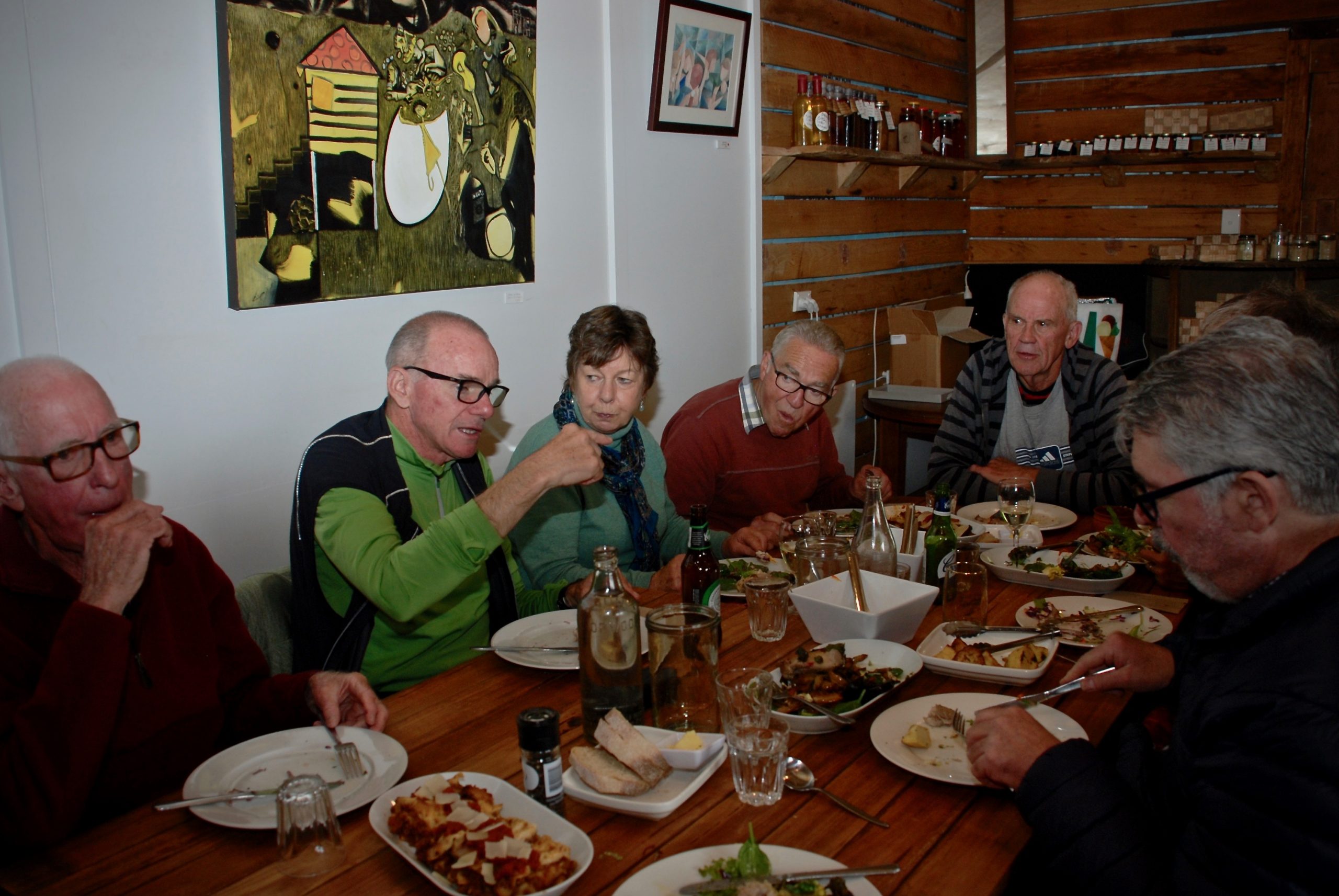 Thirty people attended the Members Lunch and Lerderderg Track Launch at the Woodshed Café on Sunday 27 October. The lunch was splendid and there was general enthusiasm for it to become an annual event in spring, combined with a ramble in the morning.

Partners in bringing the first stage of the Lerderderg Track to fruition also joined in and are pictured with the GDTA caps presented to them by Sales and Membership officer Alison Lanigan. Hepburn Shire Mayor, Cr Don Henderson did the honours in launching stage 1 of the Lerderderg Track from Daylesford to Blackwood, along with GDTA President, Gib Wettenhall. Other GDTA partners at the launch were Colin McDonald, President Bushwalking Vic; Siobhan Rogan, Area Chief Ranger, Parks Vic Ballarat; Steve Wroe, CEO, Daylesford Macedon Tourism; and Jane Osborn, Grampians Tourism, Regional Development Victoria.

Three Life Memberships were presented by Barry Golding at the event.  Alison Lanigan, a former President, became – as she pointed out – the first female Life Member of the GDTA. Her husband and long-time Treasurer, Brian Lanigan also became a Life Member, as did the current President, Gib Wettenhall.